Every weekend the freewrite group on steemit has a bit of fun by writing a story using three prompts (five minutes per prompt). See this post to find out more

This is my effort (the prompts are in bold) 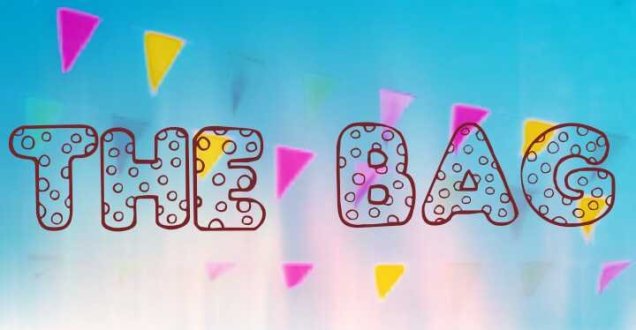 “Clarity and protection is all I want from you,” she said. I shifted behind the counter, feeling just a little bit uncomfortable.

“Errr,” I said. “I think we are all sold out of both of those brands. But I could offer you Jeepers a brand new perfume. I think it smells of burnt grapes, or something.”

She wrinkled her nose. “No, thank you,” she said, and limped away from the counter.

“Excuse me!” I said, holding up her bag. “I think you’ve forgotton your purse.”

She turned around and looked at the bag, and then at me. “I think it suits you better,” she said. “Keep it.”

I stared, open mouthed, at her as she continued her way out of the shop.

“What was that all about,” Millie said, coming out of the office.

“I think she was looking for perfume, or something,” I said. “But she left her bag. Or rather, she’s given it to me.” Millie took the bag and leapt over the counter, running towards the door.

Just before starting second grade, Tom moved across the country. He hated it. He is now fifty seven, and he still holds it against the rest of us. He stuck his foot out as Millie ran towards the door, bag in hand. Like the pro she is she jumped neatly over the outstretched leg and gave Tom a whack in the face with the woman’s bag.

“You’re a fucking arsehole, Tom!” she shouted. She skidded out of the door and I watched as she stood there, bag in hand looking first one way and then another. She shook her head, and popped her head back in the door. “Did you see which way she went?” she asked.

I shrugged. “Nope, but she couldn’t have gotten very far. She had a slow moving limp.” Millie looked at me, a strange expression on her face.

“Slow moving limp?” she asked. I shrugged again. Millie ran out into the car park (or in that direction, anyway) and then a few minutes later she returned, bag still very much in hand. “I have no idea where she went,” she said. “Vanished into thin air.”

“Very mysterious,” I said. “Perhaps I am meant to keep the bag.”

Millie plonked the bag onto the counter. We both looked at it for a moment. It was a pretty big back. Not quite suitcase size, but too big to be described as a handbag.

Unless you had particularly big hands.

It had a large zip on the top, and with confidence Millie took hold of it and gave it a big tug.

It made a very unusual noise. It sounded a little bit how I would imagine a dinosaur fart would be like.

“Wow!” Millie said, leaping back from the bag, clutching her hand to her nose. It kind of smelled a little bit how I would imagine dinosaur arse-gas to smell like. I stepped forward.

“Allow me,” I said. I pride myself on my ability to endure bad smells (I produce a lot of them) and so I opened the top of the bag and peeked in. And then closed it again, quickly. “I think we should just zip that baby up, and pretend we haven’t seen it,” I said.

I took hold of the zipper and closed the bag and then turned my back on it.

“If we pretend it is not there, perhaps it will go away,” I said.

Unfortunately… it did not.

More things what I do: